…Just kidding (I think!). But this dataset of average daily entries and exits at each Underground station certainly makes it look like there are.

Exhibit 1: A plot showing the average daily entries made across all tube stations between 2007-2017. 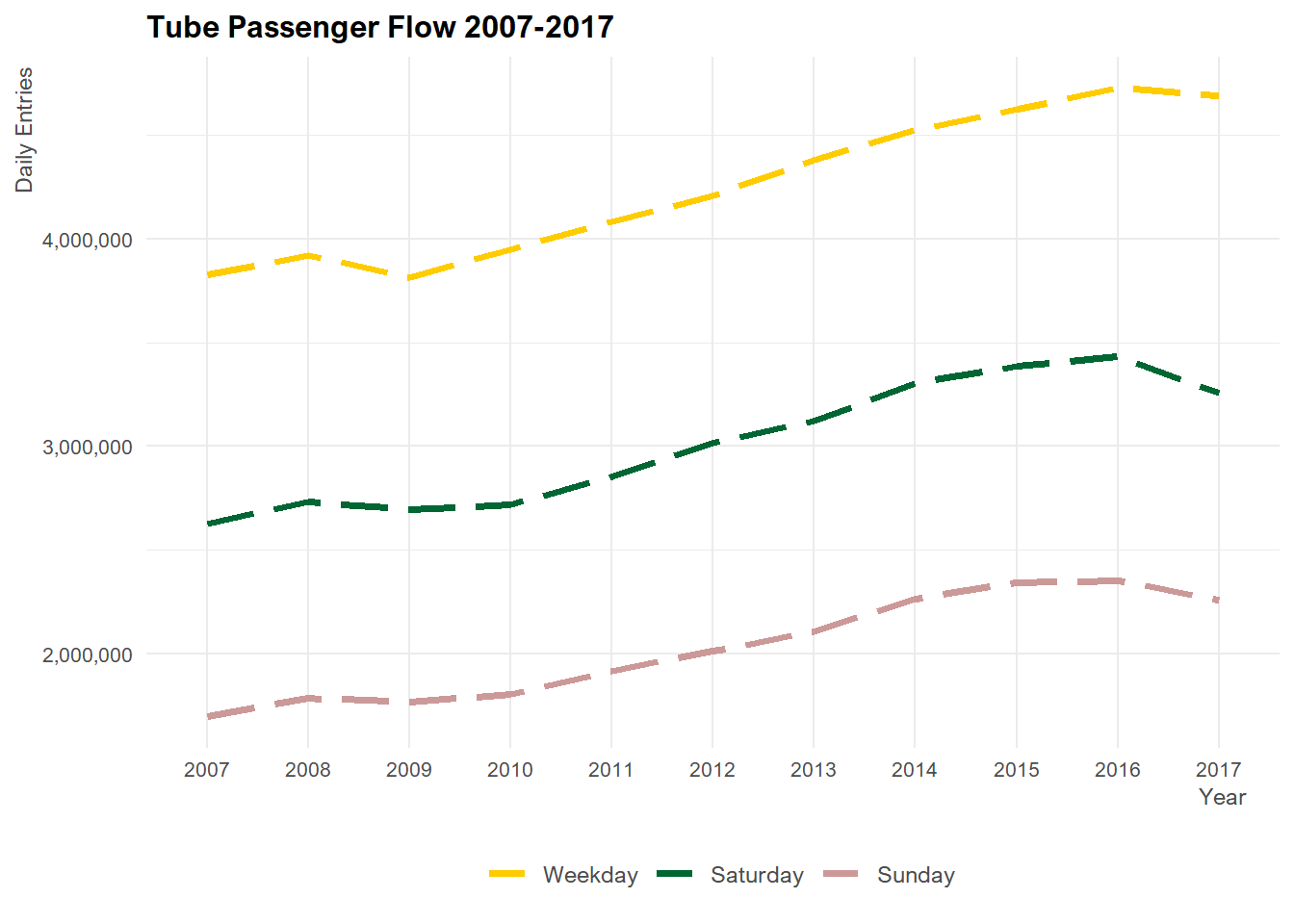 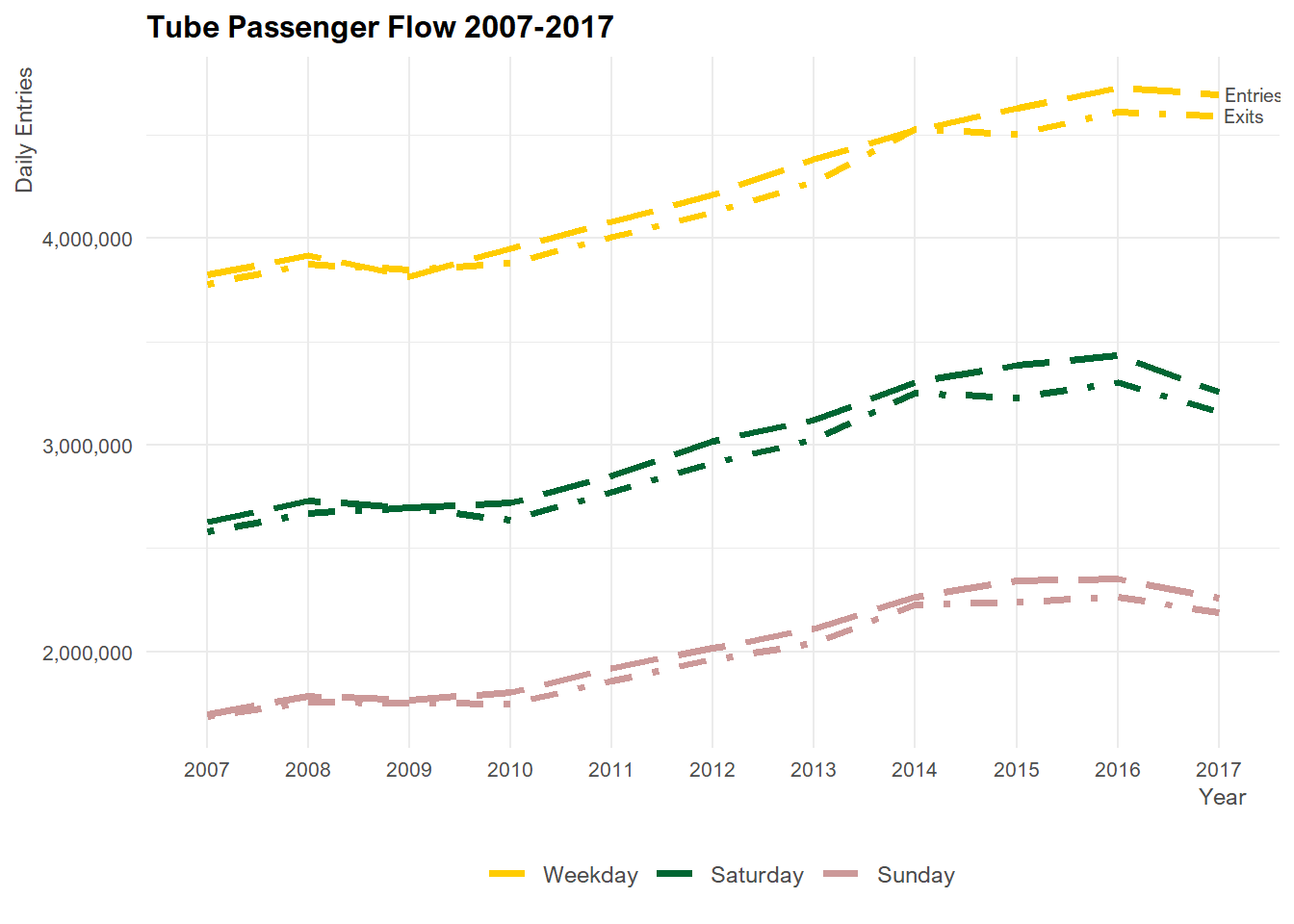 TfL do provide an explanation for the discrepancy. In fact, they offer three:

So it sounds like it might be partially something to do with the way the counts are sampled. Without knowing what the “inaccuracies” are, it’s pretty hard to tell how much that’s contributing to the difference here.

Looking at the entries and exit at each individual station paints a slightly more nuanced picture. For instance, here is the difference between number of entries and exits at each underground station in 2017: 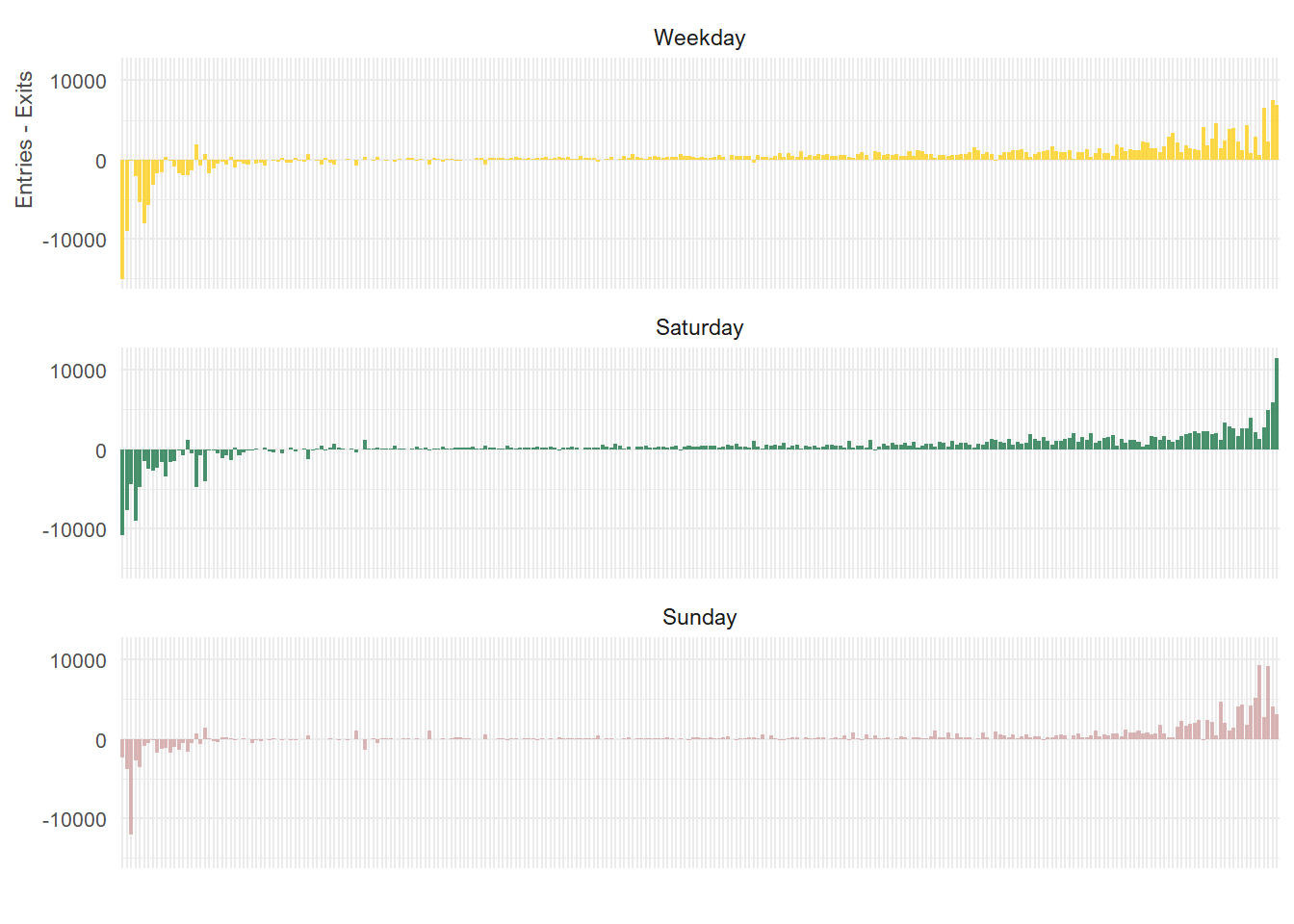 At the end of the day, I’m still left wondering why the entry counts appear in general higher. Plausible explanations to me could be:

But, I have to acknowledge that there could be many other plausible explanations!

The clearest way I can think of to get any further answers would be to look at entry and exit counts across different hours of the day across a large time period to get more of a sense of where passengers are being lost. If I ever get round to that I’ll post an update, but until then let’s give one final thought to the commuters trapped underground forever 🙏.